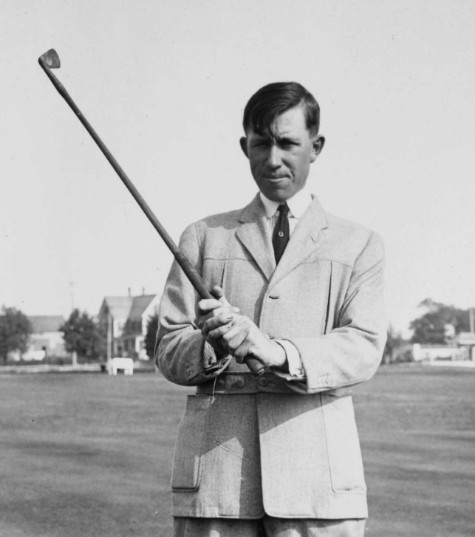 Not many people know the name John McDermott — although he was one of the best players of his era, his story seems to get lost in the shuffle of golf history. Players like Walter Hagen and Gene Sarazen are often considered the original American stars, but McDermott was the first American to ever win a U.S. Open.

The son of a Philadelphia mailman, McDermott grew up caddying for various players at local courses and eventually started working the pro shops. It is said that in his spare time, McDermott would practice from sunrise until 8 a.m., open the clubhouse and then play rounds from afternoon until dark. He didn’t waste his time like other misguided teenagers — didn’t drink, didn’t smoke, rarely dated. In fact, McDermott was one of the first people to decide to dedicate his life to golf, something that wasn’t customary in the early 1900s.

Two of the greatest players in golf history, Harry Vardon and Ted Ray, weren’t in the field for either of McDermott’s U.S. Open wins. This begged the question: can McDermott really beat the best in the world?  His boastful, boisterous speech in advance of the 1913 U.S. Open, in which Vardon and Ray were entered, was perhaps the turning point in McDermott’s career.

John McDermott basically called out two of the best players in the world and denounced British golf in the same breath. Even for someone with a resume like his, that’s a lot of “talk,” and it certainly ignited a fire under Vardon and Ray. In the end, an American did win the 1913 U.S. Open, but it was little-known Francis Ouimet, not McDermott. This, of course, is the subject of Bill Paxton’s 2005 film The Greatest Game Ever Played. McDermott could muster only an eighth-place finish, trailing both Vardon and Ray.

From there, things only went downhill for McDermott — he even lost most of his winnings in a stock market scare. In 1914, he entered The Open Championship in hopes of changing his luck, but he was forced to withdraw due to travel confusion. What happened next may have scarred McDermott for the rest of his life. While heading back to the United States, his ship collided with another in a misty, foggy English Channel. Passengers were forced onto lifeboats for safety. This event had a life-altering effect on McDermott, one he would struggle to recover from. He came back for the 1914 U.S. Open only to finish 10 strokes behind rising star Walter Hagen.

Months later, McDermott blacked out while entering the Atlantic City Clubhouse, where he previously worked. He was plagued by diminishing confidence and a series of nervous breakdowns; eventually, he was admitted to the Norristown State Hospital for the Insane. He proclaimedthat everyone was against him and was haunted by a dark cloud of paranoia for the rest of his life. He spent the better part of 55 years at Norristown and made no effort to return to a healthy mental state.

In the last months of his life, his sisters took him to the 1971 U.S. Open, where he was received by Arnold Palmer after many failed to recognize him. There, he watched Lee Trevino win his second U.S. Open, tying McDermott’s mark. Two months later, John McDermott died in his sleep at Norristown State Hospital at the age of 79, and a sad chapter of golf history came to a close.