Feelings are running high amongst the members of the PGA Irish Region after their internal regulations on the running of the Irish Order of Merit were quashed unilaterally by the PGA at The Belfry. Indeed, they are now so angry that a meeting of the Southern Branch of the Irish PGA is likely to take place next week with an Emergency General Meeting of the entire Irish Region likely to follow.

With PGA professionals using a private internet chat room to vent their anger — some are even calling for a complete break with the PGA in The Belfry — it’s clear that fraught times lie ahead for Irish club professionals. There has been general dissatisfaction with the way the Irish Region has been treated by the parent body at The Belfry for some time — high fees, poor communication, a lack of proper marketing are some of their gripes. But the catalyst in this case involves the loss of what the Irish pros consider to be their right to run their affairs, not to mention what they clearly see as the inalienable right to play in certain events.

Non-PGA members, usually satellite or Challenge Tour players struggling to fill out their schedules, have been allowed to play on the Irish Region’s struggling Pro-Am circuit in recent years and win what meagre prize money is on offer. The presence of these “TP” category players, none of whom are trained PGA professionals, is only tolerated because they accept the rules — Yes you can come and play for the prize money so long as you know that you don’t count in the Order of Merit.

Titleist PGA Playoffs in Turkey, where the top finishers can also earn a spot in the lucrative BMW PGA at Wentworth and places in the GB&I PGA Cup team that faces American PGA club professionals in a biennial, Ryder Cup style match. The top eight finishers in the Order of Merit are also in line for spots in the Irish Open, awarded to the PGA Irish Region by the PGA European Tour, who own the event.

These are nice bonuses for the small handful of Irish club pros capable of playing Tour level golf for more than a round or two and the Irish Open places have generally been dominated by a small coterie of players for well over a decade.

The fairness of this system is debateable, while the politics of the make-up of the Irish Open field is also in dire need of an imaginative overhaul.  So, it appears, is the PGA.

Having played all season under established eligibility conditions, it’s understandable that the Irish Region pros are angry that the rules they drew up to manage their circuit have been trashed by the powers at The Belfry without debate. Given what appears to be a humiliating slap by the parent body, it was no surprise that when asked for comment, the Irish Region of the PGA had “no comment.” Leading Irish Region players also failed to reply to phone messages. It’s a situation that reflects poorly not just on the leadership of the Irish Region but also on the Professional Golfers’ Association in general.

This week’s outcry over TP Category players is a matter that goes to the heart of the structural problems facing the European Tour and the game in Europe in general. The PGA has decided that the players holding TP 1, 2 or 3 categories of membership — normally players who are not PGA qualified but hold cards on a recognised tour — should be allowed to count in the Order of Merit this year after all.

As a result, Michael McCumiskey, the secretary of the PGA Irish Region, had to hurry last Thursday to get in touch with the top three in the Order of Merit to inform them, to their surprise that they had qualified for the Titleist PGA Play-offs in Turkey.

Is it a co-incidence that this rule change has been imposed by The Belfry in the year that the top three in the Order of Merit are all TP Category players? All three are trying to make it to the European Tour —

The players themselves are utterly blameless for this bizarre situation but pleased, no doubt to have the chance to play more competitive golf this year. All three teed it up sporadically on the Irish circuit this year in order to fill in gaps in their schedules as they play on the Challenge Tour or the PGA EuroPro Tour.

At a time when there is massive unemployment amongst PGA professionals in Ireland — there has been a suggestion that up to 50% of our 500 qualified pros are out work — losing money or playing opportunities to people they consider to be full time tour players does not sit well.  “Dying a death” was a phrase used in relation to the Irish Region by PGA professionals who spoke on condition of anonymity. In a time of economic crisis, the Pro-Am circuit has been decimated and professionals hear little from headquarters. Communication is often reduced to the annual demand for the €500 membership fee or pleas to drum up amateur teams for Pro-Ams.

If the Irish Region of the PGA circuit is not a tour, what is it’s purpose exactly and is it fulfilling those goals? Is there a proper marketing strategy for the Region? Is enough work being done in the area of coaching? Are amateurs getting their money’s worth from Pro-Ams? If these objectives cannot be achieved with the backing and resources of the PGA at The Belfry, how can the Irish Region hope to manage these affairs if they break away?

Innovative thinking is required to bring the organisation into the 21st century. If the loss of three spots in the Titleist PGA Playoffs to TP Category players has produced such ill-feeling, one shudders to think how the Irish Region might react if the Irish Open spots were drastically reduced in 2015 from eight to, say, three. Or none.

Add to that the possibility that TP Category players could make the PGA Cup team — we’re told the PGA authorities want to build a more competitive team and improve it’s record in the matches — and more outrage is likely.

Whatever about rebelling against The Belfry, it appears that the time has come from the Irish Region to look at some radical internal housekeeping. Now that really would be a revolution.

Are these the Men to put an end to the overwhelming embarrassment of previous years?  Paddy Power sure thinks so and has them odds-on to finish it off early and avoid the rain coming in from the west.

It’s rumoured that a certain Mr H has promised each member of the team a free round in his buggy if they can pull it off! 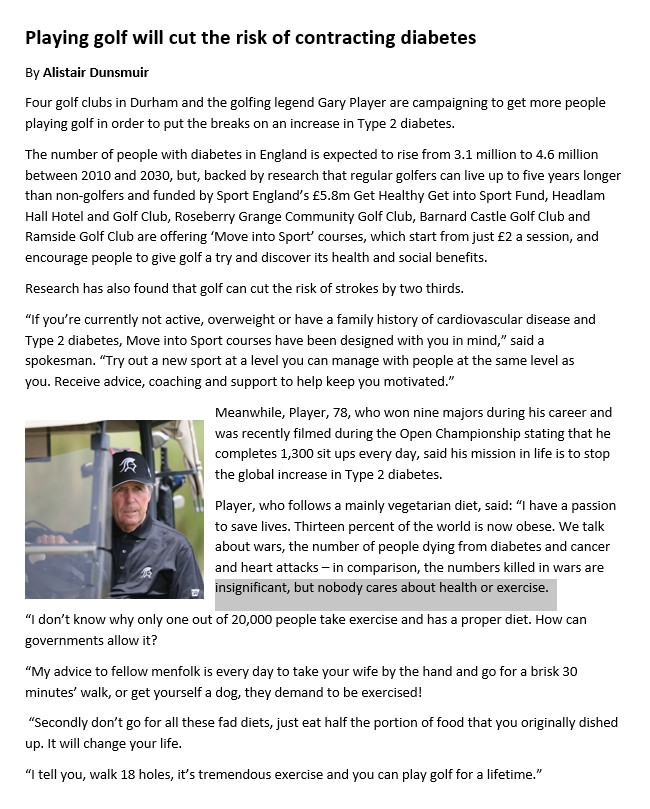