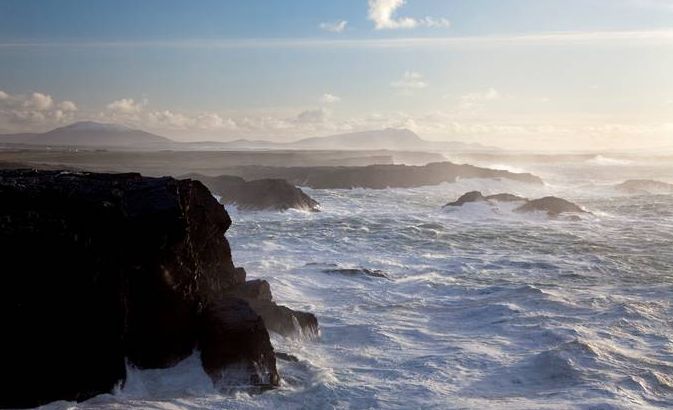 The Wild Atlantic Way is the world’s longest defined coastal touring route. It stretches over 2,500km, from Co. Donegal to Co. Cork, and takes in the unspoiled, rugged west coast of Ireland. Officially launched by Tourism Ireland and Fáilte Ireland in 2014, the Wild Atlantic Way has gained a great deal of interest overseas and also here in Ireland.

It has been an incredible tourism marketing achievement and the coastal communities all along the west coast of Ireland are revelling in its success. he attention has also been a little bit strange for those living on the shores of the Atlantic Ocean. We have always been here. Our ancestors lived here – they lived off the land and off the seas. We’ve always appreciated the beauty of where we live. We love it here.

Sometimes it seems like the Wild Atlantic Way was invented by the national tourism authorities! But the west coast of Ireland has been here for millions of years. The landscape and the seascape here in Belmullet and around the Erris region have existed for quite some time! The oldest rocks on mainland Ireland (1,753 million years old) can be found here in Erris – at Ceann an Eanaigh [Annagh Head]. The nearby Céide Fields is an archaeological site with the world’s oldest field-systems – older than the pyramids of Egypt. There is evidence on the islands off the coast of Erris to suggest that there was a Bronze Age settlement (2,500 BC to approx 500 BC) and during the Early Christian Period (325 AD – 800 AD approx) there was a settlement of monks. The largest of the Spanish Armada galleons, ‘La Rata’, foundered in 1588 in the waters of Blacksod Bay. All around Erris there are remains of forts and castles that were built in the 1600s. There is a Napoleonic Tower in Glosh, near Blacksod, which was built around 1806. The entire area is rich history and heritage – it is, literally, all around us.

Eddie Hackett, the architect who designed the original 18 holes at Carne Golf Links, was well aware of the area’s authentic beauty and heritage, and he pleaded with the course staff to acknowledge this: “It took nature thousands of years to create this and I don’t want bulldozers to destroy it. Don’t change anything after I’ve gone or I will turn in my grave.” Thankfully, his words have been heeded. Carne Golf Links has gained a reputation as one of the most beautiful and rugged courses ever constructed, with wild undulating fairways, towering dunes and cathedral greens. Indeed, the appreciation of the landscape’s natural splendour and its history is reflected in the naming of the holes. The second hole is called ‘Tochair Easpag’ (Bishop’s Path), referring to an ancient pilgrimage path that cuts across the second fairway. The third hole, ‘An Traonach’ (The Corncrake) pays homage to the endangered species of bird that nests here every summer, after travelling from Africa. ‘Log ‘a Sí’ is the name of the eighth hole, which means that this area is a fairy hollow – now you know why the putts don’t drop! And Hole 18 is called ‘Log ‘a Fola’ (The Bloody Hallow), in deference to an ancient burial ground near the tee, where the slain of Ár Iorrais (an ancient battle) are buried.

The history and the heritage of the local area is very much appreciated by the locals, and visitors can learn more in places such as Ionad Deirbhile Heritage Centre in Eachléim, the Visitor Centre at Ballycroy National Park, and in Áras Inis Gluaire arts centre. You will also learn a lot about our history just from chatting with locals in the pub!

Fáilte Ireland and Tourism Ireland have (much to their credit) recognised that it is the people and the places that make the Wild Atlantic Way what it is. Of course, each of the 150 discovery points along the route are beautiful and awe-inspiring in themselves (Erris has no less than 11 discovery points, with a further two on our doorstep), but it is the people who live here that have helped to create such a wonderful experience for visitors. 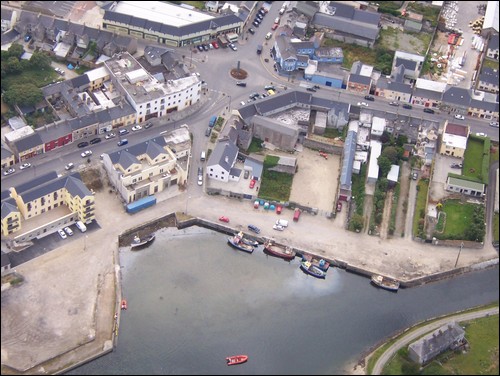 Here in Belmullet and in Erris, one of the most westerly points of Europe, our location has meant that our area’s beauty has been one Ireland’s best-kept secrets. But that is changing now. Thanks to the Wild Atlantic Way. And also thanks to ‘The Irish Times’ voting Erris as the best place in Ireland to go wild! So you could say that Erris is the wildest place on the Wild Atlantic Way! As for Carne Golf Links, visiting golfers frequently use the word ‘wild’ to describe the course. “A beautiful wild beast!” “It’s a great big monster carved out of the wilderness by God.” “This is links golf as I’ve always imagined it should be played. Wild, rugged and without concessions.” “Wild, untamed links golf … fabulous, but not for the faint of heart!”