Jimmy Bruen (1920-1972) was Ireland’s first golfing superstar, the Rory McIlroy of his day. The restrictions of life as a professional at the time meant he remained an amateur following in the footsteps of the legendary Bobby Jones. However, in his short career his brilliance dazzled the world probably more than anyone else since the retirement of Jones in 1930.

He announced his arrival on the golf scene in 1936 by winning the British Boy’s as a sixteen year old. From then until the commencement of WWII success followed success including successive wins in the Irish Close Championship. Internationally he inspired an unexpected Walker Cup victory in 1938, being at the time the youngest ever to play in it. This the first ever B & I success after nine failed attempts was attributed by Henry Longhurst to the psychological boost provided by Bruen’s outstanding displays during practice. He also played in the British Open at Sandwich that year, qualified and was joint leader after the first round. In the 1939 Open at St Andrews he sensationally led the qualifiers and still led after the first two rounds with rounds of 69, 69. He fell away somewhat in the final round but did win the Amateur Medal. At this stage, having just turned nineteen, he was the undisputed No 1 golfer in Ireland and considered by many to be in the top ten worldwide.

Despite national and international commitments he found time to play team golf for Cork GC, leading the team that won the national Barton Shield Trophy in 1937 and 1938 and following up with the blue riband of Irish club golf, the Irish Senior Cup in 1939, a hat trick of successes never again achieved by the club.

He was renowned for a loop in his swing that generated great power, but also possessed a remarkable short game and was blessed with a competitive spirit and great confidence for one so young.

The war inevitably interrupted his career with few chances to play competitive golf, although he did repeat previous successes in his home club Scratch Cup with wins in 1940 and 1941. Even that outlet was then denied him when it was cancelled for the remainder of the war. He did however at the tender age of twenty three, serve as Captain of the club in 1943/44 a very unusual honour for one so young and one never since replicated.

On the resumption of major golf championships in 1946 he, somewhat reluctantly, entered the British Amateur in 1946 played at Royal Birkdale and won it in magnificent fashion. His power was such that he broke three clubs during matches and his length off the tee was considered prodigious. He was the first Irishman to win the title, a feat considered at the time to be ‘the greatest feat ever by an Irish golfer’. As a gesture of appreciation by his home club he was appointed Captain of Cork Golf Club for the second time for 1946/47.

Although Bruen did play Walker Cup golf in 1949 and 1951 the Birkdale win was to prove his last great success. A wrist injury in 1947 and family and business commitments meant he only competed fitfully thereafter. His friend and mentor Henry Cotton remarked that ‘his career at the top was short but it was exciting, very exciting’.

He did maintain links with Cork GC serving as President in 1960/62 and again in 1971. Tragically in May 1972 he died prematurely during his term of office, aged just fifty one. His contribution to the club is acknowledged by the naming of the member’s lounge the ‘Bruen’ room. Nationally his name is also commemorated by the ‘Jimmy Bruen Shield’, a  competitively contested interclub competition inaugurated in 1978. Ironically Cork GC, his home club, has yet to bring his shield home. Many of his family are active and committed members of the club. 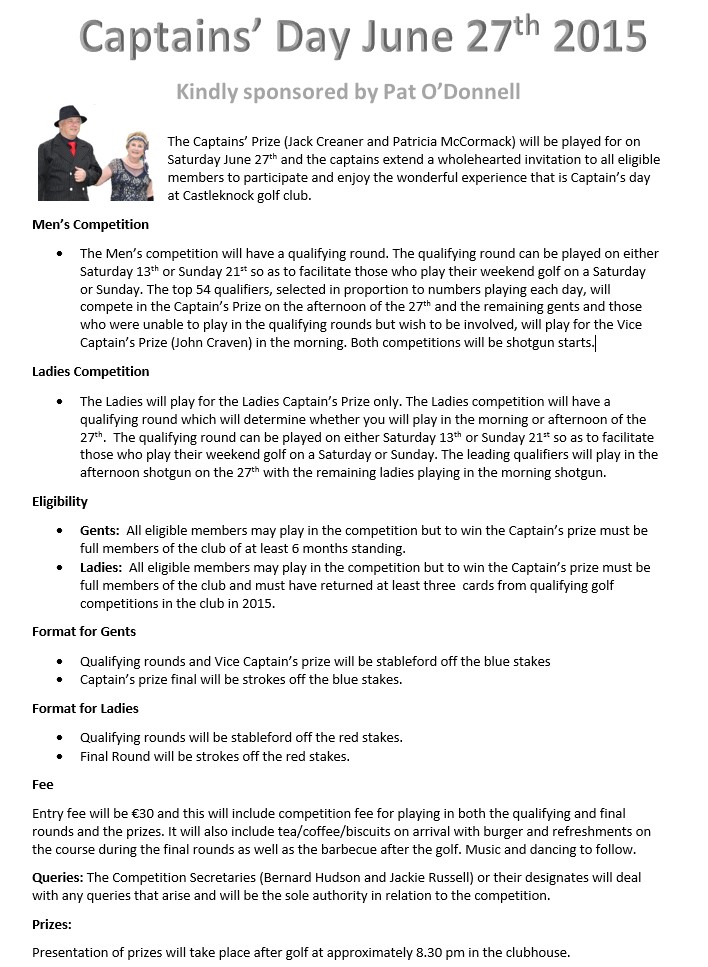