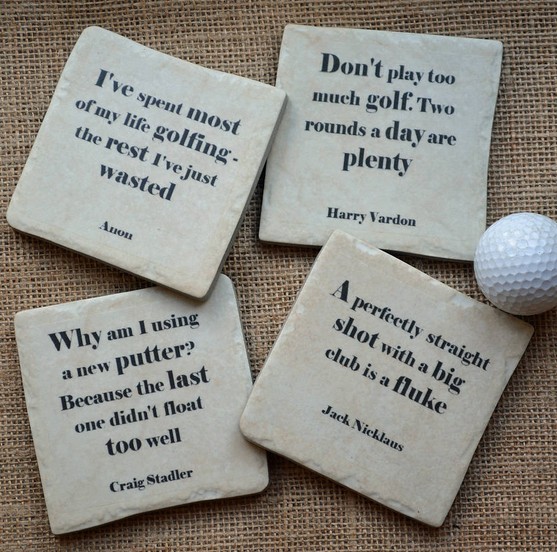 This may be a little heavy for a golf blog but some may find it as fascinating as I do myself. Its from a document outlining the big land owners and brief history in the various parishes in the country and is known as

“A Topographical Dictionary of Ireland, 1837″.

CASTLEKNOCK, a parish, in the barony of CASTLEKNOCK, county of DUBLIN, and province of LEINSTER,   3 ¾ miles (N. W.) from Dublin; containing 4251 inhabitants, of which number, 188 are in the village. Tradition says that this was a royal residence of the Danes, and that, in 1167, Roderick O’Connor encamped here with his Connaught forces, when he led a numerous army to Dublin, where he was solemnly inaugurated King of Ireland, and engaged the Danish residents in his pay. The castle was given by Earl Strongbow to his friend, Hugh de Tyrrell, who was styled Baron of Castleknock. It was taken by Edward Bruce in 1316, and Hugh de Tyrrell and his lady made prisoners, but released on the payment of a large ransom. In June, 1642, the castle was taken for the parliament by Colonel Monk, afterwards Duke of Albemarle, who slew in the assault 80 of its defenders, and subsequently hanged many more; but in November, 1647, Owen Roe O’Nial, and Sir Thomas Esmonde, Bart., at the head of a royalist force, retook it. The Marquess of Ormonde encamped here in 1649, when he threatened to besiege Dublin; and after the Restoration it fell into decay.

The parish is situated on the road from Dublin to Navan, and is intersected by the Royal Canal: it contains 6627 statute acres, the whole of which is arable land. Here are extensive limestone quarries, in which fossil remains are frequently found. On the Liffey are three woollen mills, where friezes, kerseys, lambskins, and Petershams, are manufactured; they have been established nearly a century, and employ above 60 persons during the winter. A factory for worsted and worsted yarn has been recently established at Blanchardstown, which employs between 80 and 100 persons; there are also on the Liffey a mustard and two flour-mills, and at Cardiff Bridge is a small iron-foundry. The parish is within the Dublin twopenny post delivery. Petty sessions are held every alternate Monday at Blanchardstown, where there is a constabulary police station.

The scenery on the banks of the Liffey, towards Lucan, is very beautiful, and the northern side of the valley is celebrated for strawberries. In addition to the viceregal lodge, and the chief and under-secretaries’ residences, the parish contains many seats commanding delightful views: the principal seats are Sheep-hill, the residence of J. H. Hamilton, Esq., situated in a demesne of 500 acres; Farmley, of Charles Trench, Esq.; Knockmaroon, of Colonel Colby; Park View, of A. Ferrier, Esq.; Mountsackville, of J. Hawkins, Esq.; Diswellstown, of C. O’Keeffe, Esq.; Airfield, of R. Manders, Esq., Hybla, of the Rev. G. O’Connor; Scripplestown, of W. Rathborne, Esq.; Dunsinea, of H. Rathborne, Esq.; Scribblestown, of A. Holmes, Esq.; Ashtown, of J. Dunne, Esq.; Elm Green, of F. Dwyer, Esq.; Oatlands, of J. Godley, Esq.; Haymount, of Dr. Marsh; Bellville, of J. Murphy, Esq.; Ashfield, of W. Oldham, Esq.; Cabra, of J. Plunkett, Esq.; and Huntstown, of O. Coghlan, Esq.

The parish is divided into the northern and southern portions, each of which is subdivided into smaller parts: the prebendal or northern part furnishes an endowment for the two prebends of Mullahidart, or “Castrum Knoc ex parte decani,” and Castleknock, or “Castrum Knoc ex parte precentoris,” in the cathedral church of St. Patrick, Dublin. In 1219, the great tithes were appropriated by Archbishop Henry to the priory of Malvern, in Worcestershire, on condition that they should add five monks to their number; and in 1225 the prior and monks granted to the uses of the economy fund of St. Patrick’s cathedral a moiety of the tithes of the manor of Castleknock, renouncing to the archbishop all right to the vicarage and its small tithes and oblations. During the prelacy of Archbishop Luke, a new division of the tithes was made, by which, of the four parts into which they were divided, one was assigned to the prebendary of Mullahidart, one to the prebendary of Castleknock, one to the economy estate of St. Patrick’s cathedral, and one to the priory of Malvern, which transferred its interest to the abbot and convent of St. Mary, near Dublin, in 1468. This last portion having become impropriate on the dissolution of the religious houses, and forfeited by the rebellion of the impropriator, was granted as an augmentation of the vicar’s means: and this division of the tithes still exists.

The living is consequently a vicarage, in the diocese of Dublin, endowed with a portion of the great tithes, and united to the prebend of Castleknock and the rectory of Clonsillagh and curacy of Mullahidart, with cure of souls: it is in the patronage of the Bishop. The tithes amount to £560, of which £220 is payable to the economy estate, £140 to the prebendary of Mullahidart, and £200 to the prebendary of Castleknock. There are two churches in the vicarial union, one at Castleknock, the other at Clonsillagh; the former was rebuilt by a loan of £1000 from the late Board of First Fruits, and large subscriptions, in 1810, replacing one that had been built, in 1609, on the site of an Augustinian abbey for Canons Regular, founded in the 13th century by Richard Tyrrell, and dedicated to St. Bridget. There is a glebe-house; and the glebe, in two parcels, comprises 19a. 1r. 5p., besides 8 acres which have been taken into the Phoenix Park, and for which, and also for the tithes of the park, the vicar receives £50. 15. per ann. late currency, from Government.

In the R. C. divisions this parish is the head of a union or district, comprising the parishes of Castleknock, Chapelizod, Clonsillagh, Cloghranhidart, and Mullahidart; and containing three chapels, one at Blanchardstown, one at Porterstown (in Clonsillagh), and one at Chapelizod. At Cabra is a nunnery of the order of St. Dominick: the society removed hither from Clontarf about 1820, and consists of a chaplain, prioress, and nuns, besides lay-sisters; it is a respectable ladies’ school, and the sisterhood also instruct from 150 to 200 poor children, who are partly clothed. The nunnery is surrounded with grounds tastefully laid out, and has a neat chapel and dwelling-house for the chaplain. There is another nunnery at Blanchardstown, in which more than 200 poor children are taught. In addition to the parochial school, there are two by the side of the canal, one for boys, maintained by a bequest from the late Mr. Morgan; and the other supported out of the produce of lands devised by a lady named Mercer, and yielding a rent of more than £750 per ann., vested in trustees, by whom 50 girls are maintained, clothed, and educated.

A school for boys and girls at Abbotstown is supported solely by J. H. Hamilton, Esq., of Sheep-hill, by whom the children are also partly clothed; at Blanchardstown is a national school for both sexes; and a free school was built by Luke White, Esq. The late Mr. Tisdal bequeathed a large sum to the parochial schools, which is to be paid after his widow’s death. There are a savings’ bank and a dispensary. The remains of the ancient fortress of Castleknock occupy the summit of a lofty hill. In Knockbrush Hill, which is situated near the Ashbourne road, are occasionally found bones of men and horses, military weapons, and coins. Part of this hill is evidently artificial, and tradition says that it was raised over those who fell on this spot, in 1014, in the widely extended battle of Clontarf. Ancient horse-shoes, spurs, and other relics, have been dug up at Scripplestown. At Abbotstown are some remains of the abbey; and there is also a well dedicated to St. Bridget.